You are facing a city with thousands of years of history. And, as you know, that means activities to do, tons!

The feeling we are left with after having walked through the streets of Plaka and bordering the huge spaces with temple ruins in the middle of the city is indescribable. But as we always say, we leave the sensations to experience them in person; meanwhile, here are the best things you can do in Athens.

The famous “high city” is the postcard of the city. It was the site of worship, with temples to Greek deities. Here we will find the main buildings: the Parthenon (for the goddess Athena Parthenos), Propylaea, Erechtheion (with the famous Caryatids holding the temple cover) and the Temple of Athena Niké. The ticket costs €20 per person. You can also buy the combined ticket for €30 that allows you to also access the other archaeological sites in Athens.

Here you will see objects found in the upper city. Although the vast majority of the remains are displayed in the British Museum (London), it is a must-see collection. In this museum you can see the original Caryatids. Admission is €5 per person. Themes tours are also available for the museum.

Try a Tailor Made Tour

Custom tours that are personalized based on your preferences are rising in popularity and it’s no surprise if you see how meticulous some of them such as Greek TravelTellers are in preparing the perfect plan. These tours delve deeper into what makes Athens so special and don’t just touch the surface of this ancient city.

Stroll through the Plaka neighborhood

It is one of the most beautiful areas of the city for good reason. Cobbled streets that go up, down and get lost between knots of other alleys full of bars and restaurants. The atmosphere that is breathed is partying and relaxed. Highly recommended to drink something outdoors.

Next to Plaka and attached to the feet of the Acropolis we have this labyrinth of streets in the best “Greek Islands” style, since it is inspired by Anafi Island (east of Santorini). The inhabitants of this neighborhood mostly come from this island and are accustomed to hundreds of tourists walking their alleys daily.

Watch the sunset from Mount Lycabettus

Just a couple of metro stations from the Acropolis we have this mountain where a church stands on top. You can climb it in half an hour and once up you will have incredible views of the entire city.

Go to the Sintagma Square

Where Parliament is located, this space attracts everyone to see the famous changing of the guard.

Stroll through the National Gardens

It is a huge oasis located in the middle of the city, attached to the Parliament. These gardens were created by order of Queen Amalia and in them we can see species from all over the world. Admission is free.

This is one of the nerve points of the city. Here we will find everything: street vendors, fairs, street performers, an entrance to the subway, restaurants, souvenir shops and one of the best views of the Acropolis.

Stroll through the neighborhood of Thiseio

Like all those that border the high city, this is a pleasant area to go for a walk at any time of the day. You can also watch a movie at the Thision Cinema. It is a real hidden gem. In this open-air cinema you can see the last releases on the big screen with the Parthenon watching over you.

At the end of the metro line you will reach Piraeus, formerly an independent city but now part of Athens. What gives life to this area is the port from which countless ferries and cruises depart daily. A pleasant area to spend the afternoon in front of the Saronic Gulf.

This huge stadium was where the first Olympic Games were held in 1896. For a price of €3 per adult, one can walk among the white marble stands that are more than a century old.

This was the center of the political, commercial and social life of the city in Ancient Greece. Today it works as an open-air museum and entrance is included in the combined ticket (€30), or it can be paid separately and costs €8.

Here you will see remains of what was one of the main meeting points at the time when Athens was under Roman rule. The price conditions are the same as for the Ancient Agora.

From this marble hill you will have one of the best views of the city and, above all, of the Parthenon.

Have a drink in a rooftop bar

There are several hotels and bars located in the heart of Monastiraki which feature rooftop bars with amazing views. You can access the bar on the terrace without being a guest and once there you can enjoy an unmissable view of the Acropolis while having a drink.

This is one of the typical Greek dishes and is a kind of like lasagna with layers of eggplant, minced meat and cheese gratin on top. A luxury to eat in Plaka.

These are some of the many things to do in historic Athens! If you’ve already visited and have more activities to recommend that we missed, make sure to add them in the comments below.

10 Cozy Cafeterias in Greece That Will Warm You Up

10 Facts You Didn’t Know about Athens

10 Facts You Didn’t Know About Acropolis

10 Things to Do in Athens for Free

The Top 10 Cafés for Coffee Lovers in Greece

Top 10 Spaces to Study in While You’re in Athens

10 Most Famous Hollywood Stars That Own A House In Greece

10 Greek Actors That Made It To Hollywood

10 Best Greek Restaurants in the World 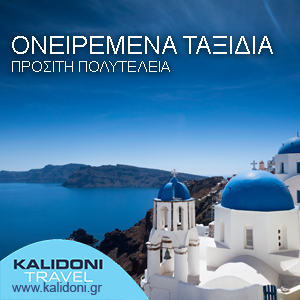 The Highest Rated Hotels in Greece

Best Things to Do in Athens

This website uses cookies to improve your experience while you navigate through the website. Out of these, the cookies that are categorized as necessary are stored on your browser as they are essential for the working of basic functionalities of the website. We also use third-party cookies that help us analyze and understand how you use this website. These cookies will be stored in your browser only with your consent. You also have the option to opt-out of these cookies. But opting out of some of these cookies may affect your browsing experience.
Necessary Always Enabled
Necessary cookies are absolutely essential for the website to function properly. This category only includes cookies that ensures basic functionalities and security features of the website. These cookies do not store any personal information.
Non-necessary
Any cookies that may not be particularly necessary for the website to function and is used specifically to collect user personal data via analytics, ads, other embedded contents are termed as non-necessary cookies. It is mandatory to procure user consent prior to running these cookies on your website.
SAVE & ACCEPT
MORE STORIES